Why the Teatro La Fenice is called in that way?

La Fenice is the most famous theater in Venice: but why give a theater the name of a mythological figure? In order to understand it, we must recall the history of the theater which is very similar to that of the phoenix, or bird of fire, capable of being reborn from its ashes after death. However, let yourself be enchanted by the amazing history of one of the most beautiful Italian theaters and which has hosted the music of all the great Italian and foreign composers, from Rossini to Donizetti, from Verdi to Stravinsky ...

At the end of the Eighteenth century, Venice had seven theaters including the one of San Benedetto (today Rossini) that was destroyed by fire in 1773. Although not in the same position, the theater was rebuilt even more beautiful and luxurious than the previous one. In order not to forget the strength and ability of the owner company to return to activity, the theater was called Gran Teatro La Fenice (see our BEST PROPOSAL for your accommodation near the Gran Teatro!).

The architect designed the new theater was Giannantonio Selva who opted for a noble but discreet architecture, without excesses or too disruptive solutions. Considering that the plant is not regular, Selva was also able to exploit all the spaces giving the theater a space moved and engaging, definitely new for the period.

The demolition of the old houses began in June 1790 and in April 1792 the new theater was inaugurated (get your ACCOMMODATION near the Fenice!). Gioacchino Rossini, Gaetano Donizetti and many others were invited to stage their works in the splendid building which, however, caught fire again on the night between 12th and 13th December 1836.

This time the reconstruction was entrusted to two famous architects, Giovanni Battista and Tommaso Meduna. They were able to re-open La Fenice in little more than a year and the result was even more welcoming and elegant than before. These are the years in which Giuseppe Verdi made his debut with Nabucco, Ernani, Rigoletto, La Traviata and Simon Boccanegra ...

The Gran Teatro La Fenice will then be restored in 1854 and after the end of the First World War (1937). However, on 29th January 1996 it was destroyed by fire again. The fire was fraudulent and were procured by two electricians, Enrico Carrella and Massimiliano Marchetti. The idea was to cover the delay of the work of their company that has been operating in the theater for years. Needless to say that their intention was only to provoke a small fire and not to destroy the whole structure.

However, the reconstruction took place on the basis of 'as it was, where it was' with the maintenance of the boxes and the decorative apparatus in paper mache (this was rebuilt on the basis of a study carried out through a meticulous photographic research). The theater was again opened on 14th December 2003 with a concert directed by Riccardo Muti with the Choir and Orchestra of the La Fenice Theater.

From that day on, the theater no longer suffered any damage ... we do hope that, from now on, La Fenice will remain only the name of a true Italian excellence. 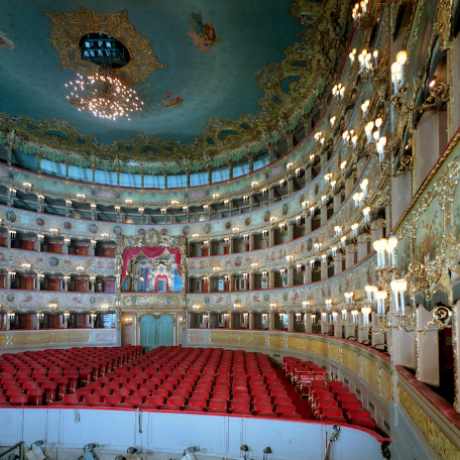 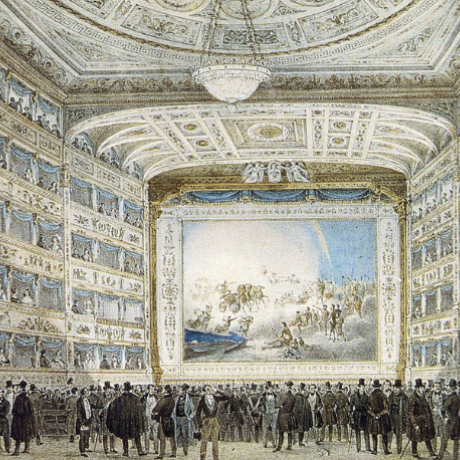 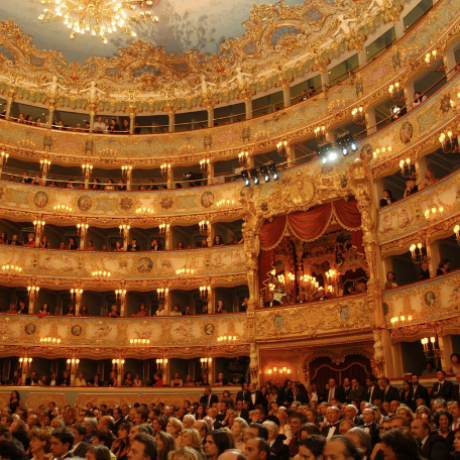 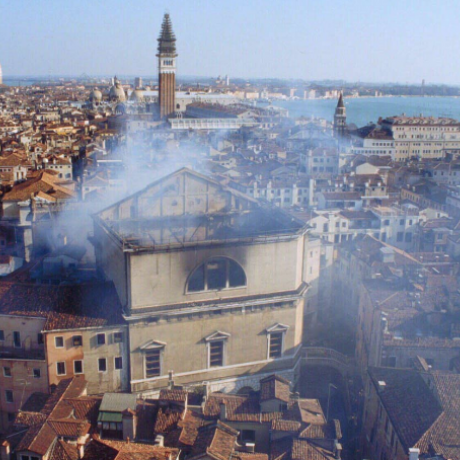